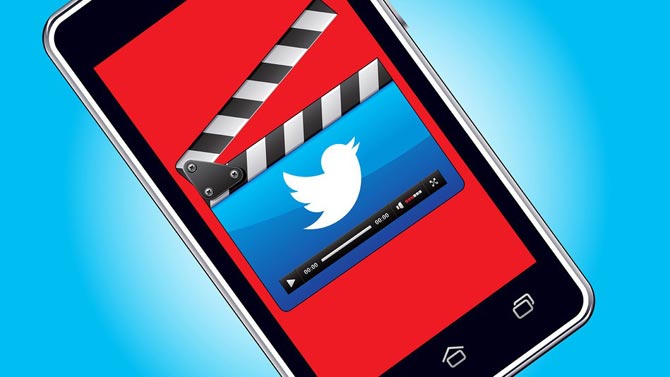 If you’re wondering how to get more views on YouTube, but don’t know where to start, why not use Twitter marketing? Twitter is one of the most powerful of all the social media promotional tools as it can truly make content go viral via retweets in a hurry.

This article is going to give you five sure-fire ways how to get more views on YouTube, and help you become YouTube famous! Along the way you may also find yourself become a power Twitter user as well, it a win-win.

The first example, hashtags you create, is a perfect way for you to tell your own story. Be sure to choose a #ACompletelyUniqueHashtag, rather than an overused #hashtag. Tweet out your YouTube videos that follow a similar narrative, product, or theme with the same hashtag. Take a look at how the Smosh guys created a #SMOSHtheMovie hashtag to promote their new film. They tweeted it out lots, and their fans joined in too.

This is a great way to start a conversation, but it takes work. How do you join a big conversation already in progress, gaining exposure and retweets from people you don’t know?

How to get more views on YouTube using @mentions

The mighty @mention is influencer marketing on Twitter at its finest. The goal of giving another Twitter account mention in this context is to get them to retweet you. This exposes your content to their audience.

The Hot for Food YouTube channel had an exceptional opportunity to do this when they had @JennaMarbles on their show. When they tweeted out the video they were both in they were sure to @mention Jenna. If you’re trying to get this done, but it’s not happening, try buying YouTube views and likes.

With Twitter’s own native video uploading service, you have a perfect excuse to chop your much longer YouTube video up into a small size. Create a shorter clip so that Twitter users on the go, using their mobile phones, will be even more prone to watch the clip and then your whole video.

Here’s a perfect example from the Epic Rap Battles of History account. They too behind the scenes clip made it fit into a Twitter Native video and shared it along with the link to the actual video.

Create GIFs for the data challenged

When you’re learning how to get more views on YouTube with Twitter you have to consider the tool most people are using: Their cellphone. This means data caps. Creating a GIF of your best moment from your video can help drive retweets and clickthroughs. People are more likely to spend a little data on a GIF than a video if they don’t know you already.

When it comes to content repurposing to get more views on YouTube you have many options. The GIFs and Vine/Twitter videos are two perfect examples of content repurposing. This is taking the actual video and changing it enough to make it different, and so that you can tweet it out multiple times without becoming spam.

What Do Instragrammers Do To Gain Huge Followers?

How to make money on TikTok

How to make money on Tiktok in a few quick techniques